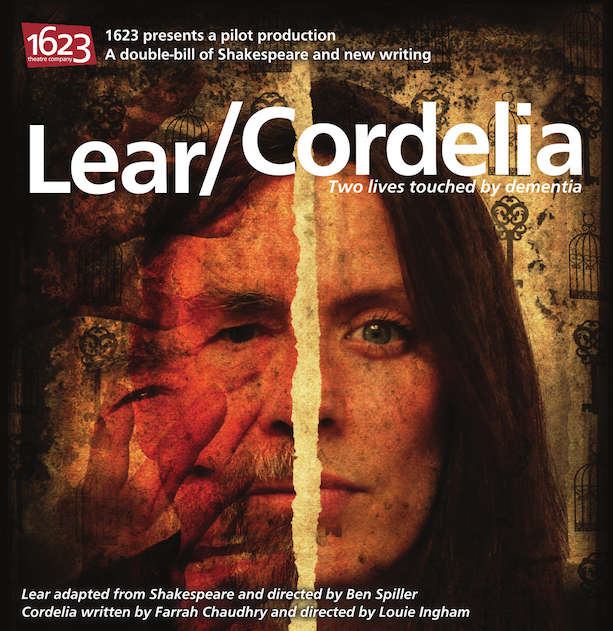 Lear/Cordelia explores Shakespeare’s King Lear in the context of dementia.  The double-bill is a a radical reworking of King Lear followed by Cordelia, a new play from the perspective of Lear’s youngest daughter.

Lear has dementia. His children never visit him. He forbids it, ever since they betrayed him and he disowned them many years ago. So what happens when Cordelia – his youngest, whose betrayal was the greatest – knocks on his door? Why has she come back? What’s her story? And is there any chance of reconciliation?