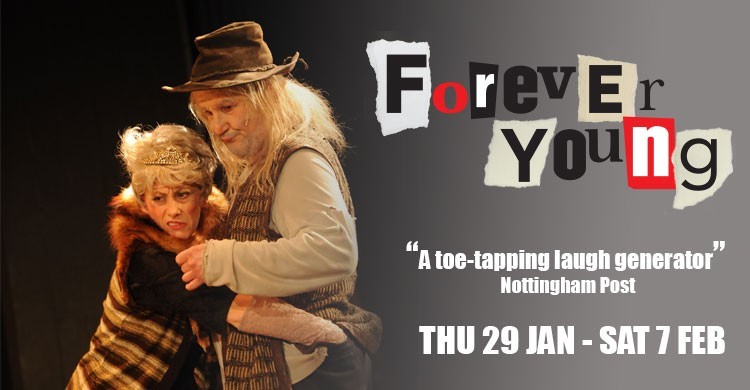 JOHN ELKINGTON opens in FOREVER YOUNG at Nottingham Playhouse tonight until the 7th of February, when it tours to Warwick Arts, CAST in Doncaster and ending up at co-producers, Oldham Coliseum throughout March.

Welcome to the Nottingham Playhouse Home for Aging Thespians. The times – and hips – might be tight, but in this nursing home for actors, a group of aged panto performers are determined to prove that it’s not all behind them.

A devastating, moving and hilarious look at getting on and letting it all hang out with a host of classic routines, surprisingly athletic dancing and a rock ‘n’ roll sing-along. From Nirvana to Tom Jones, Aqua to Bob Dylan and Aretha Franklin to Gloria Gaynor, nothing is off vocal limits… or off key!