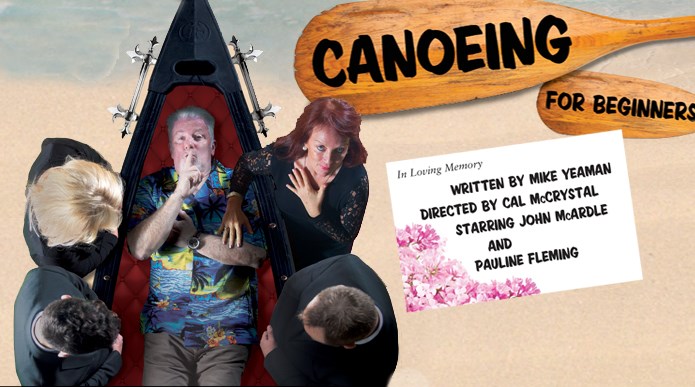 JACK TAYLOR-WOOD appears in CANOEING FOR BEGINNERS now open at the Royal Court Liverpool and playing until the 28th of February.

Frank has had enough. After years of struggling to keep his head above water he’s splashed out on a new canoe and departed this life from… Crosby Marina. His wife Beryl knows that Frank is in a better place. Well, not right now – because he’s hiding in the shed. But soon the pair of them will be relaxing in Cuba and spending the life insurance money!

It’s a perfectly planned insurance scam and everything will go according to plan if they can keep it under their sunhats for a few more days. With two grown up kids trying to help and a persistent policeman sticking his nose in that might be trickier than they thought!