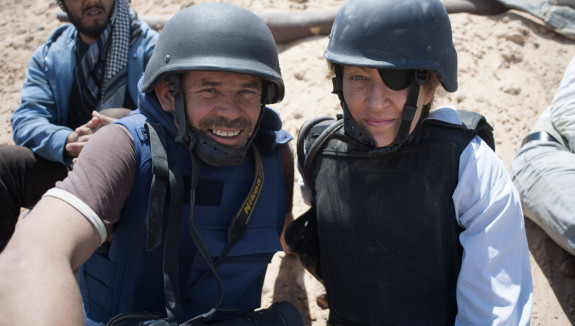 Janine Birkett / Under the Wire

We’re delighted that audiences can see JANINE BIRKETT play Marie Colvin in UNDER THE WIRE in cinemas on select release from today.

One of the stand-out films at Sheffield’s Doc-Fest, Under the Wire is a powerful account of Sunday Times war correspondent Marie Colvin and photographer Paul Conroy’s mission to Homs in Syria, in February 2012. Their assignment was to cover the plight of trapped Syrian civilians under siege by their own government. Tragically, Colvin was killed when the international media centre was hit by Syrian Army artillery fire; despite being critically injured, Conroy had to find a way make it out alive.