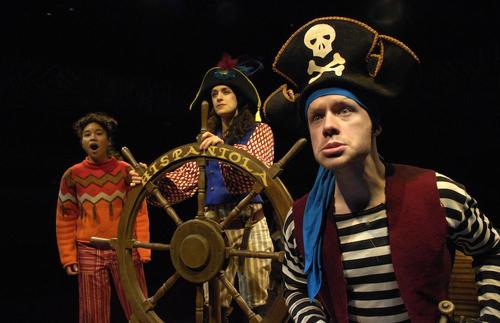 Meet Jem Hawkins, a woman with a plan – to escape her troubles, travel the world and make a new life for herself. The problem is – she’s picked the wrong crew: an opinionated parrot, a bunch of pirate buffoons and the terrifying Long John Silver watch over her every move.

Follow Jem’s search for treasure as the winding paths and dark woodlands of Williamson Park transform into Treasure Island.

Robert Louis Stevenson’s classic novel is given a thrilling new twist by the award-winning team behind last year’s sell-out production of The Hobbit, which won the 2016 UK Theatre Award for Best Show for Children & Young People. The Dukes are delighted to restage Debbie Oates’ tremendously popular 2012 indoor production of Treasure Island, giving it a new life as this walkabout outdoor experience