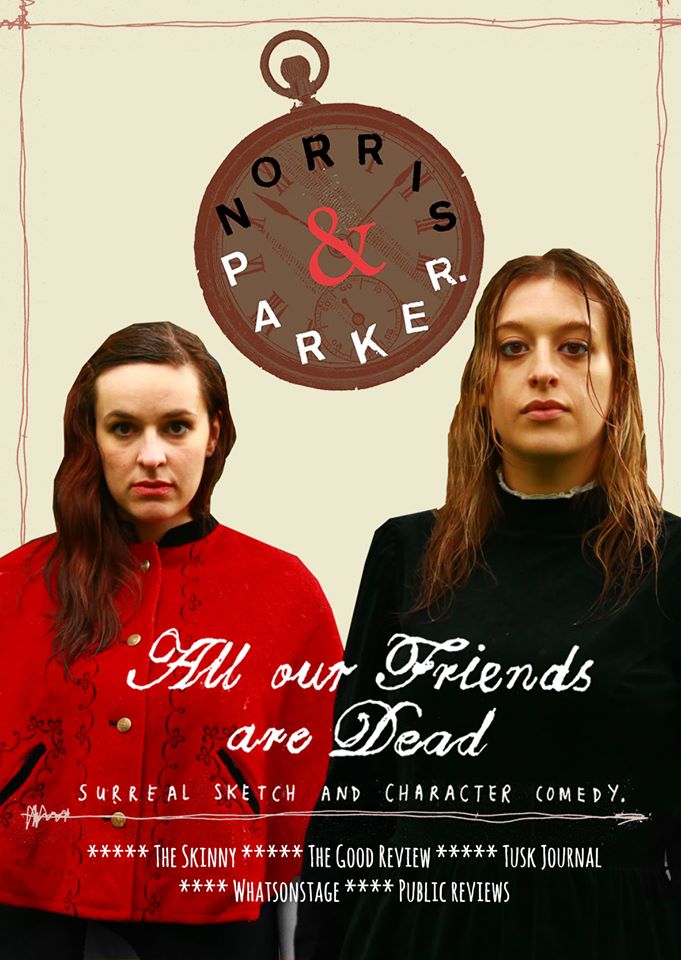 KATIE NORRIS is one half of the sketch and character comedy duo NORRIS AND PARKER who are performing at the Canal Cafe Theatre on Tuesday 14 and Wednesday 15 April.

Join them for an hour of dark and anarchic sketches filled with dubious characters, satirical songs and close to the bone tragicomedy.  Think the League of Gentlemen meets Julia Davis, Father Ted and Brass Eye but with quiche, gin and buggery.

After a series of sell out shows at the Camden, Manchester and Edinburgh Fringe Festivals Norris and Parker are delighted to dig All Our Friends Are Dead out of its comedy grave for the high brow theatre types of London.  Tickets and further info can be found here. 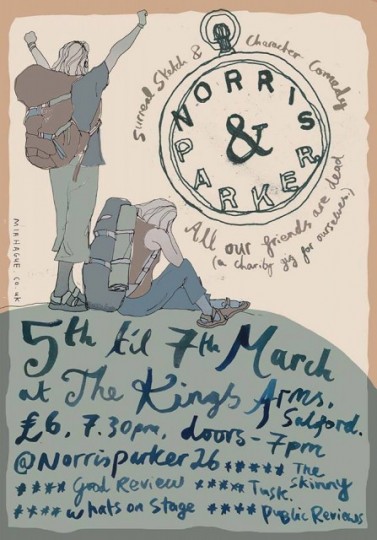