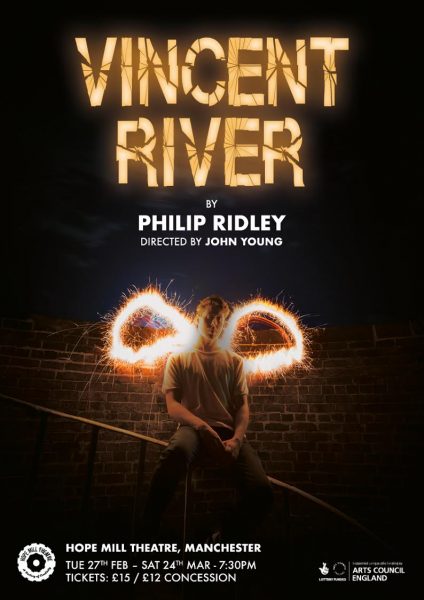 The regional premiere of Philip Ridleyʼs thrilling and heartbreaking play relocated to Manchester. Vincent River slides under the surface of fear, hatred and love.

Davey has seen something he canʼt forget. Anita has been forced to flee her home. These two have never met. Tonight their paths cross with devastating consequences.

“Itʼs like Vince is making the whole world explode. Like when you turn the colour up too much on the telly. Better than real. Magic!”