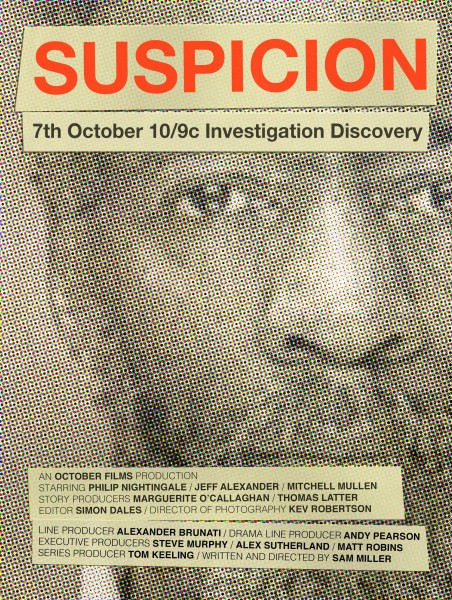 JEFF ALEXANDER can be see in the current series of US drama-documentary, SUSPICION on Investigation Discovery at 10/9c.

It’s human nature to question things – especially when your safety may be at risk – but when a grim suspicion turns into a horrid reality, it may be time to take things into your own hands. Investigation Discovery’s (ID) new series SUSPICION reveals the terrifying journeys of real people who suspected imminent danger and became fixated on finding the truth. From stalkers to criminal cover-ups and killers on the loose, the stories in SUSPICION start building suspense from the moment something feels amiss. Emotional first-person interviews detail the endless twists and turns that come with following a dangerous hunch, leaving viewers anxious to learn who the culprit is until the very end. Did I really just see that?  Will anyone believe me?  Am I imagining things?  Can I trust anyone?  Nothing is as it seems and everyone is a suspect.