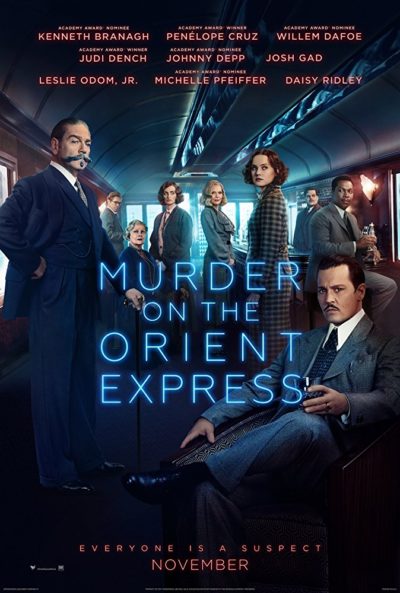 We are absolutely delighted that you will be able to see DARRYL CLARK throughout the whole of the latest big-screen version of MURDER ON THE ORIENT EXPRESS directed by Sir Kenneth Branagh.

Darryl plays the trusty barman in the new adaptation of the Agatha Christie classic and features a starry cast including Johnny Depp, Penelope Cruz, Judi Dench, Derek Jacobi, Daisy Ridley, Michelle Pfeiffer and Willem Dafoe. As well as directing, Branagh will also star as Christie’s redoubtable detective Hercule Poirot, who is tasked with investigating the murder of a passenger aboard a busy long-distance train.

A lavish trip through Europe quickly unfolds into a race against time to solve a murder aboard a train. Everyone’s a suspect when Detective Hercule Poirot arrives to interrogate all passengers and search for clues before the killer can strike again.

Murder on the Orient Express is released in UK cinemas on 3 November and the US on 10 November.