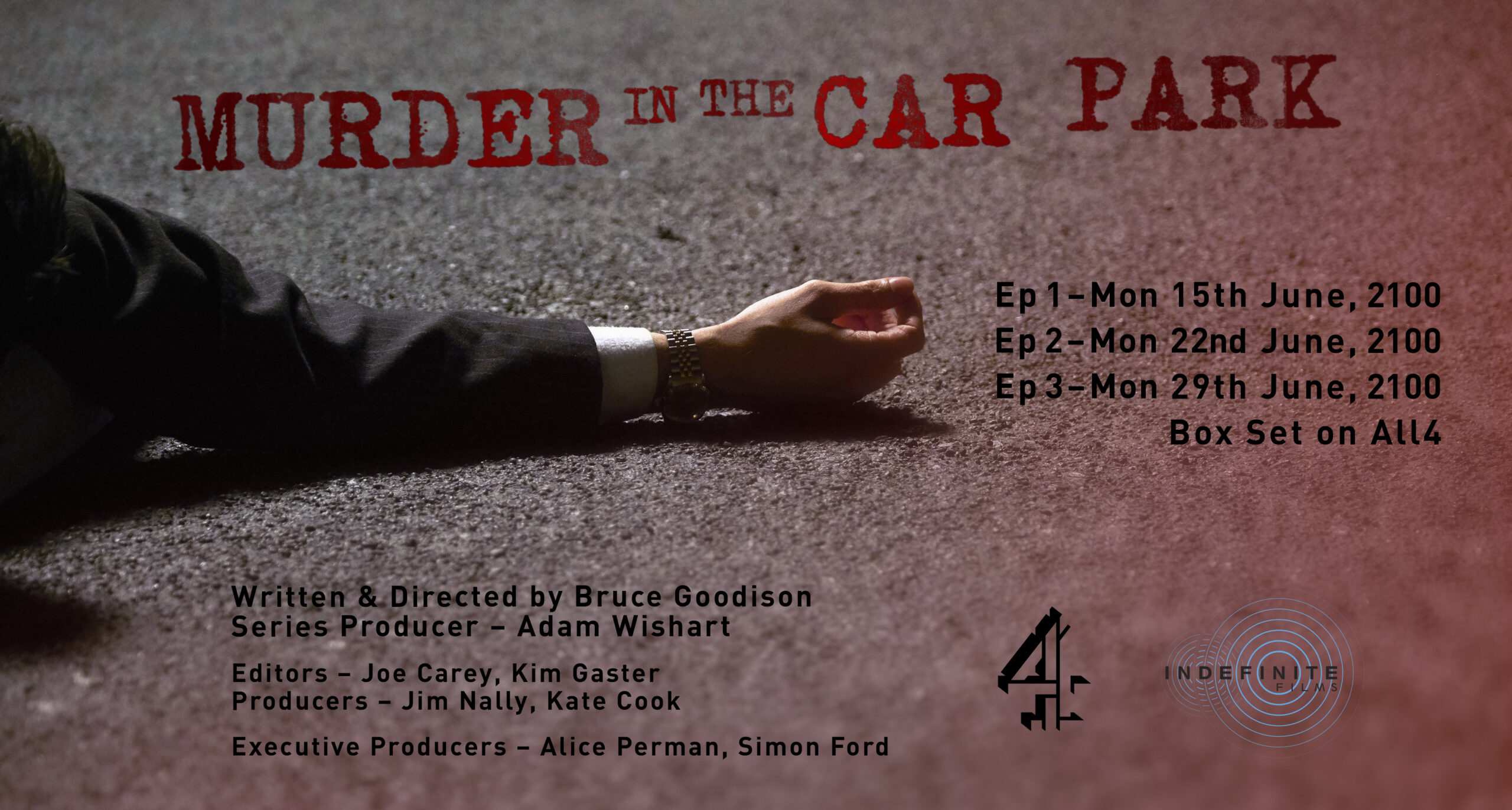 See DARRYL CLARK in MURDER IN THE CAR PARK on Channel 4 and All4 from Monday the 15th of June at 9pm.

Directed by Bruce Goodison, Murder In The Car Park explores the 1987 murder of Daniel Morgan – the most investigated unsolved murder in the history of the Metropolitan Police.

Murder In The Carpark, a new three-part series for Channel 4 produced by Indefinite Films, will explore the most investigated unsolved crime in the history of the Metropolitan Police. On 10th March 1987 Private Investigator Daniel Morgan was brutally murdered with an axe in the carpark of a south London pub. There were no witnesses.

Four years in the making, the series will tell the incredible story of an unsolved murder which over the decades has involved accusations of police corruption, the tabloid press, covert operations, the phone hacking scandal and asks how, with millions of pounds in public money spent, has no one ever been brought to justice for this heinous crime?

Channel 4 takes a deep dive into a vicious murder that has cost £30,000,000 but remains unexplained for 33 years. Based on thousands of pages of documents, court testimony and often contradictory interviews, the series uses dramatic reconstruction, archive footage, and detailed interviews from many of the key people, we ask why the murder in the car park has never been solved?

For the first time ever Morgan’s business partner, Jonathan Rees, ex-Metropolitan police detective Sid Fillery and Rees’ former brother-in-law Glenn Vian will collectively give their accounts. These three men who have found themselves under investigation for over three decades, they will give their accounts from the time of the murder, and in the years following, as police investigations unravelled again and again.

We hear from Daniel’s brother Alastair Morgan, who has been campaigning alongside his family tirelessly for the truth. As he describes what it’s been like for the Morgan family over the years to keep the momentum going as numerous cases collapsed and investigations failed, as they continue to fight to get justice for Daniel. With an Independent Inquiry established by parliament, set to report in the next months, will there ever be justice?

See the trailer below: