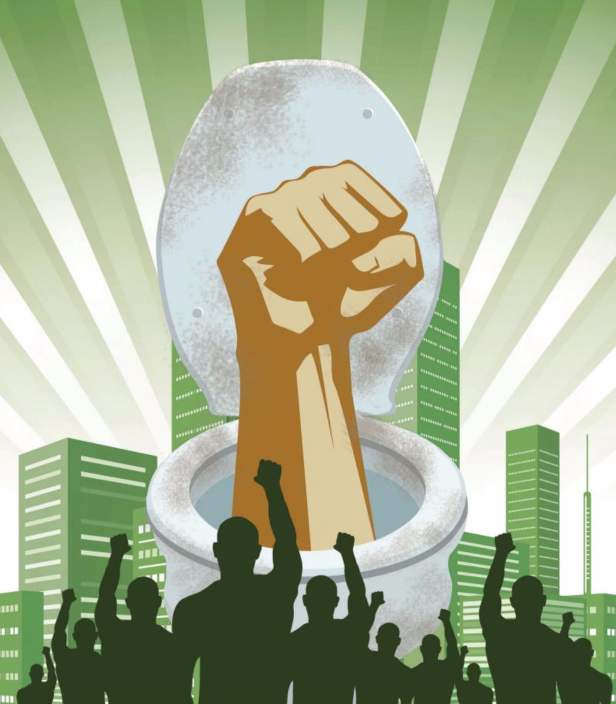 ANNA SODEN‘s final year at MOUNTVIEW culminates in her final year show URINETOWN, THE MUSICAL which opens tonight and runs until the 20th May at The Pleasance, Islington.   Anna plays Little Sally.

The people are revolting. After a 20-year drought, private toilets have been banned. It’s public bathrooms only, controlled by a greed-driven corporation. Will a hero rise up to help the people take control? Performed by a combination of Acting and Musical Theatre students, this Tony Award-winning musical is a 21st century classic, sending up the system at every turn.

Music and Lyrics by Mark Hollman | Book and Lyrics by Greg Kotis | Directed by Josh Seymour.  Josh Seymour’s recent directing credits include the UK premieres of Adding Machine: A Musical (Finborough) and One Arm (Southwark Playhouse), which won him the 2016 Off West End Award for Best Director.