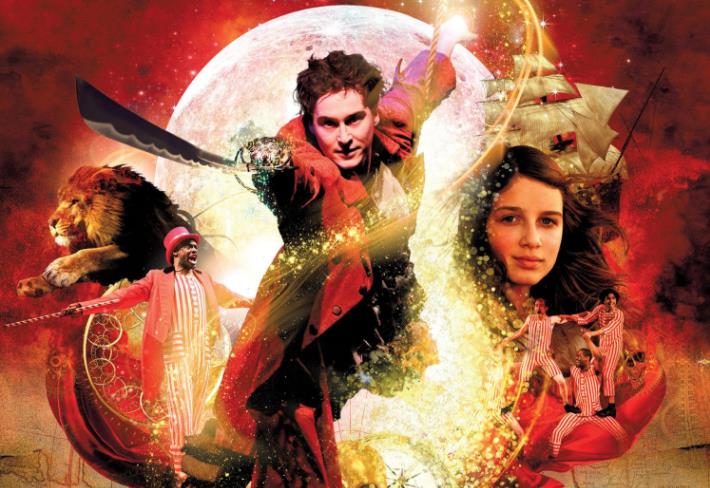 Opening tonight after it’s hugely successful run at the New Vic Theatre, ANDREW POLLARD and LAURYN REDDING in PETER PAN IN SCARLET at Oxford Playhouse until the 4th of September.

It’s 1929, Wendy and the Lost Boys have all grown up. Then, suddenly, 20 years after they left, they begin to dream of Neverland – of pirates and mermaids, war paint and crocodiles. Something is wrong and Peter Pan needs their help.

So Wendy, John and the Lost Boys put on their children’s clothes and, armed only with fairy dust, fly back to Neverland to join Peter for one last adventure. But everything has changed. And the dangers they meet are beyond their wildest dreams.